It's all coming together!

My happiest times are when I'm designing and creating.

As much as I'd love to share with you the fruits of my labor over the past week, you just know that I can't.  Of course I'm referring to the designs for my first "yet to be born" line of fabrics.

I've lost count as to how many times I've added, deleted, rearranged, redrawn, redrawn and redrawn again some of the design elements but by jove, I think I'm done!

I'm thrilled with the way things have turned out.  All that's left now is to work on the final layout of the design elements on the focus fabric and that'll be done tomorrow night with a friend who is a pro when it comes to computers and graphic design.  I'll be able to relax once tomorrow night is over.

What I can share with you is how much I L-O-V-E my Oliso iron. 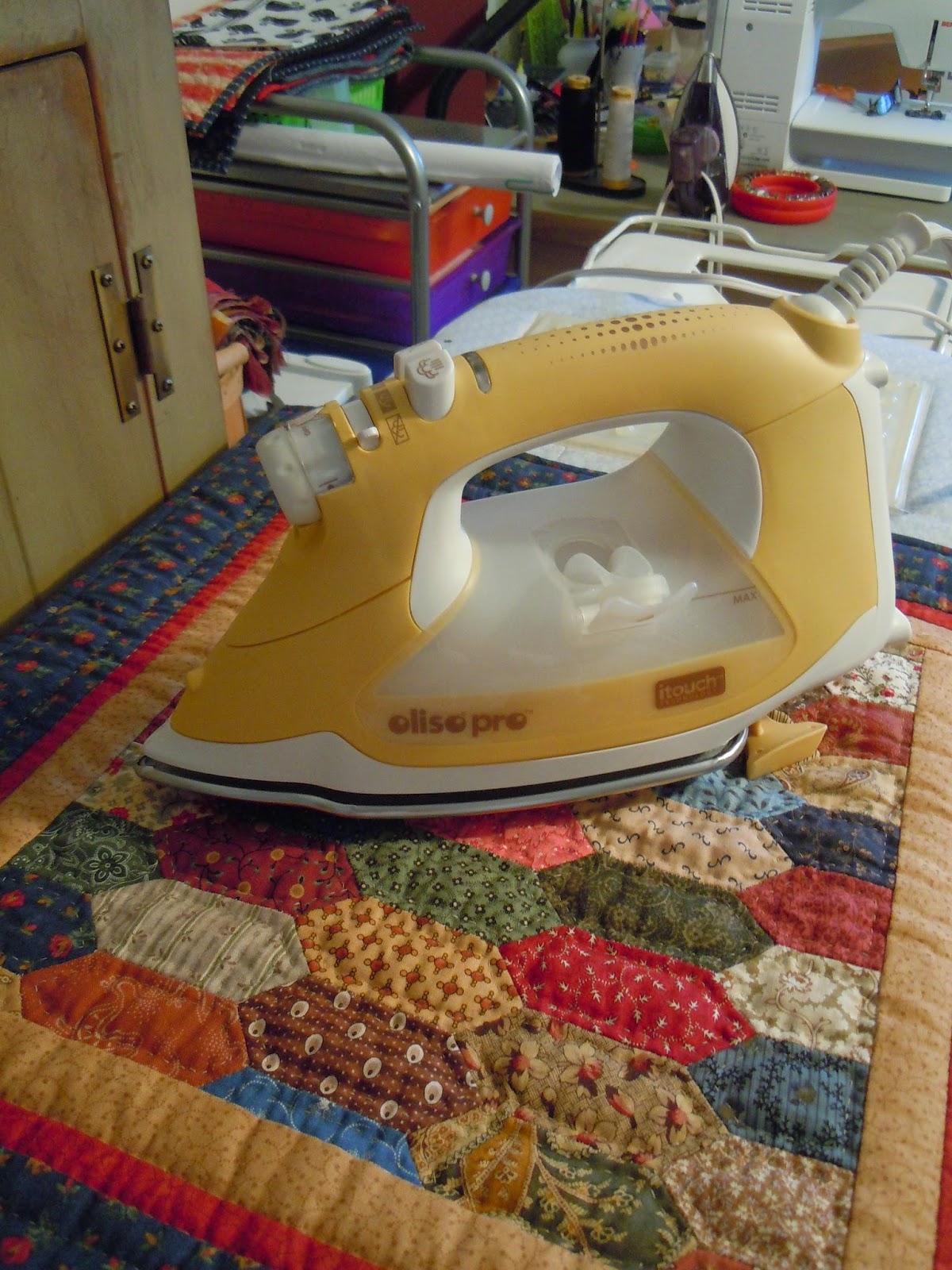 I use my travel size Rowenta beside me as I sew... 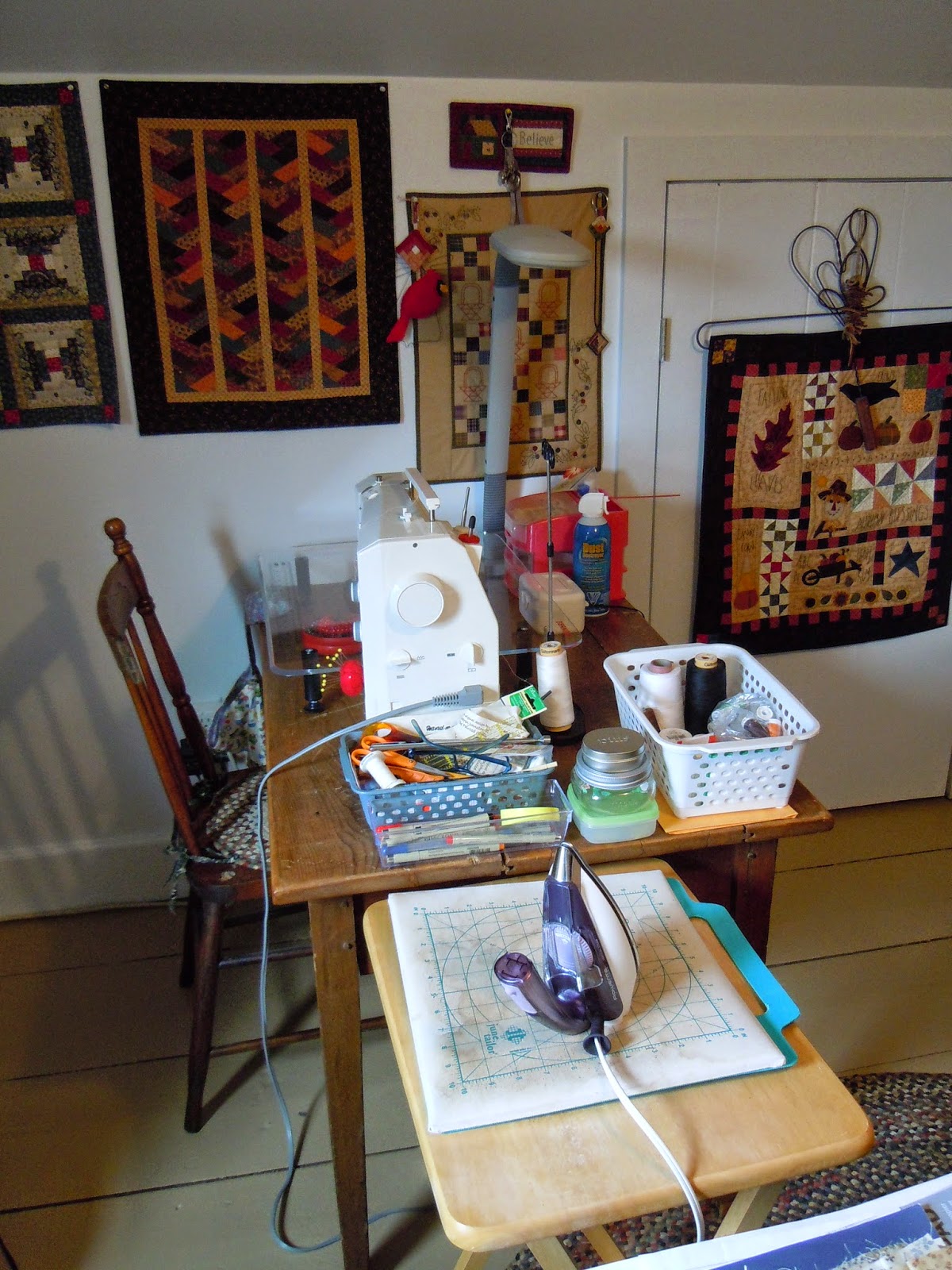 but when it comes to the final ironing, that's when BIG OLI takes over.

I can't tell you how many ironing board covers I've scorched in my lifetime because I just can't make myself take that extra step to stand the iron on it's end.  With BIG OLIE, you don't have to do this because once you take your hand off the handle, the little magic genie that lives inside inside lifts the iron about an inch off the pressing surface.  The result?  No more scorch marks!!!  Yay!

They're not cheap and I've heard some negative comments about them but the company stands behind their product 100% and will replace the iron should a problem occur.  I'm very happy with mine and I'm looking forward to a long and happy relationship.

Regarding your new Big Oli. Best or luck with it. I went through THREE and finally gave up on them. The first iron had a melt down - seems like the thermostat went out and the iron overheated. I smelled something to find my ironing board scorched. (Iron WAS lifted) The replacement iron was a refurb and did not heat well. The third iron did not heat well if the water reservoir was full! Olissio refused to replace it because they said I waited too long to request service. It's been a number of years since I used the Olissio, hopefully you have a better experience.
I'm now using a EuroSteam. When it's working well it great, but most of the time it piddles all over everything I'm ironing. :-\

The excitements builds for us as we await the big reveal of your first fabric line - congrats! LOVE that little quilt your iron is resting on for it's photo shoot. I'm guessing it was made using English Paper Piecing? I'll have to try that one.

Can't wait to see your fabric line, Kaaren!
Irons seem to be the bane of so many quilters. I hope this one continues to bring you joy. : )

I have the same little travel Rowenta that I use for classes. I have a larger Rowenta I use in the sewing room.

I've heard many things about the Olisio iron, both good and bad, but I think that applies to all brands. I do not believe there is one brand in particular that is perfect.

I can confirm that Olisio stands behind their product. With my first one the pop up/down stand feature gave out and after trying to fix it, they replaced the whole iron with a brand new product. I couldn't be happier.

Love your iron! I have the same problem with my covers turning from bright colored to a dirty brown! Looking forward to see your fabric line!
Greetings from the Netherlands!

Such an exciting week for you! I'm sure it is going to be worth all the work (and wait for us!)
Thanks for the heads up on the iron, I need a new one.

I, too, am excited to see your new fabric line! Congrats! I have not tried the Oliso irons, but have fallen in love with a 1970's era Sunbeam dry iron that I purchased at a second hand store. I've been on the look-out for a second one ever since!

It is going to be more than interesting to see your first line of fabrics.
When it comes to irons I had a Philips that you could detach from the cord plate so it became cordless. But sadly I dropped it on the floor and the water container broke. Nothing could ever replace that one.
The iron I have now shuts of if you leave it unused (movement detector I think) for some minutes, pretty good.
On the iron board covers I have no clue on how many I have used, but I don't scorch them - just manage to get glue allover.

Congratulations on your fabric line. A dream come true, designing your own fabric. I bet it's going to be fabulous! I hope your iron works well for you. I've found that irons just haven't been the same since the auto shut off came on the scene, but there are times I've forgotten my iron and was very happy for that safety feature.

I, too, am excited for your fabric designs to become public!!!
As for irons, I am the graveyard for irons. I have had 2 Oliso's and much like the other commentor, Oliso would not replace after the second one for almost the exact same reason. I have been thru 3 Rowenta travel irons. My friend, awar of my issues with the travel iron, had her rowenta burn out as well. When she contacted the customer service, she INSISTED on one made in Germany (I didn't know there was a difference) rather than China. They tried to get out of the agreement, but my friend stood her ground, recounted my experience and told them she would spread the news about Rowenta all over social media until she received an iron that would work. She got the iron made in Germany and has had it for 2 yrs with NO Problem!